Any store you come across has plenty of tea brand varieties, but one of the most well-known and popular brands is the all-natural, non-GMO Yogi brand. Unfortunately, there aren’t many many Yogi tea reviews out there so I’m going through them one by one. 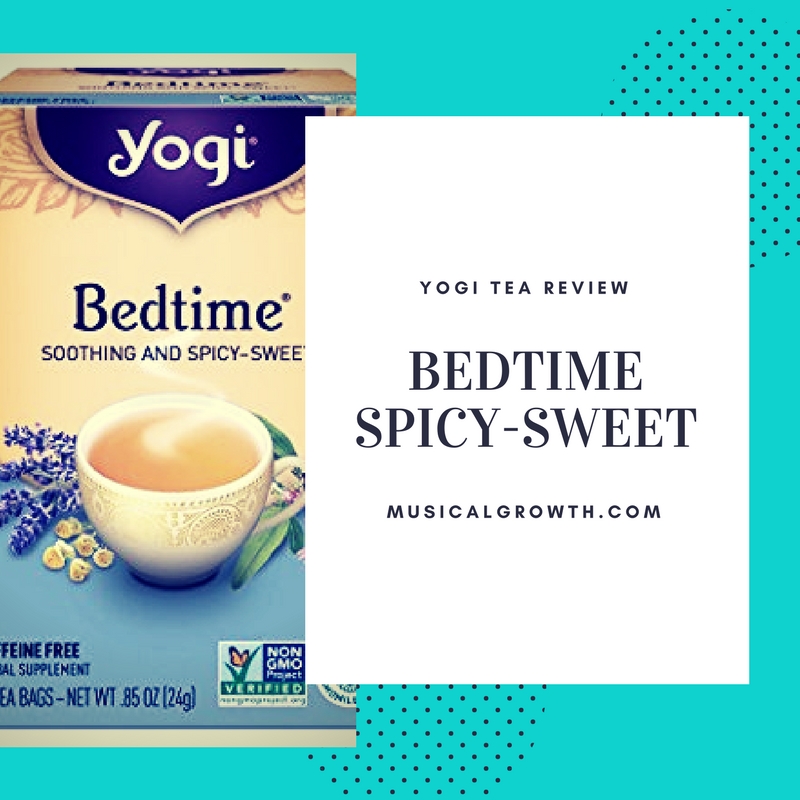 I’m always looking for a good tea right before bed. As far as timing goes, drinking tea before resting for the night is the best time to drink tea! Especially when it’s raining outside and there’s a book calling your name.

The organization for this article:

Naming a tea “Bedtime” is always a great indicator of its use, but the spicy-sweet flavor (in the subtitle) was a red flag to me. I don’t know if “spicy” is always a good taste to have before bed!

As a caffeine-free, herbal supplement blend, this Yogi tea is verified non-GMO and made with organic chamomile flower (a good sign of quality). It also has labels for being vegan, use of compostable tea bags, and made from recycled products (probably the box in this case).

This particular box comes with 16 tea bags that are certified organic by QAI, Inc.

Like I’ve said in previous articles, I do really like their box design. Not only because of the calming colors of blue and yellow, but because they always have a nice bit of information about the company, a yoga tip, company motto, and ingredients (and a few more).

This box details a yoga pose I call “the gravity stretch,” where you lie down relaxed for 3 to 11 minutes in order to calm the muscles and the mind. 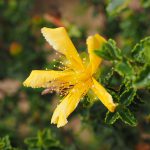 The ingredients in this blend are primarily composed of licorice, spearmint, chamomile, cinnamon, St. john’s wort, rose, lavender, some valerian root extract, and passionflower plant extract. I’ll go into more detail in the benefits section below.

When I first dipped the tea bag in my mug of hot water, I expected to see a cloud of darker water from the tea blend. But the color of the blend doesn’t really affect the color of the water (as you can see in the video I’ve provided).

Smelling the tea was a bit anticlimactic because there was no real scent produced from the blend. There are so many different types of leaves in this blend, most of which are known to be rather pungent, but maybe they all cancel each other out? Because the smell was dull and not inviting.

Never judge a book by its cover, right? Its smell doesn’t determine its taste.

Once I took a sip, the taste surprised me. I was expecting the stereotypical chamomile taste known to be in most “bedtime” teas. Instead, this tea was much like its smell (fancy that) – a bit bland! The tastes present were a bit different and not too “bedtime” inspired to me. I’m not sure if I tasted any spice either – just an off taste of light chamomile licorice.

But you know, the taste is not the purpose of this tea. Maybe if the benefits are real, it’s worth drinking. So let’s dive into the benefits and ingredients of the tea. 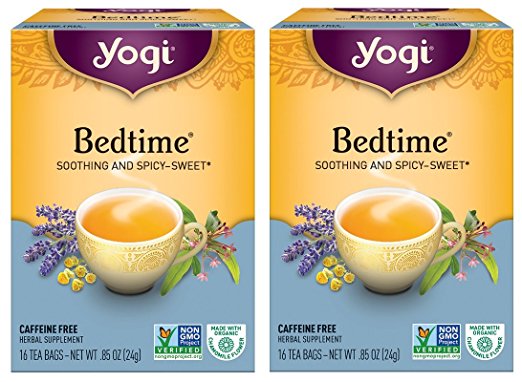 Buy 2 pack on Amazon now by clicking the photo!

Are the Benefits Real?

It’s hard to say what the specific benefits of this tea are, but I can list every ingredient and the known benefits of each leaf. Hopefully, this will give us a good idea of the full range of benefits offered by the “Soothing and Spicy-Sweet” blend offered by Yogi Bedtime tea.

The fact they had to add “natural orange flavor” to this blend, go to show they figured it was bland without it! Makes sense that I felt things a little odd because there are so many flavors that seem to contradict themselves like orange and spearmint, cinnamon and chamomile.

Unlike some other Yogi teas I’ve reviewed, this one has no prominent tastes that stick out. Such as the Stress Relief, Honey Lavender which has a lot of lavender. But although the taste is vague, I’m compelled to analyze a few of the ingredients in this bedtime blend more closely.

It’s hard to say which (if not all) of these benefits are more prominent in this tea blend, but by going through each of these ingredients, it does offer a clearer insight to the potential of this “soothing” blend.

From what I can tell, the strongest ingredients in this blend are licorice and chamomile.

With such a variety of ingredients, the benefits are hard to pinpoint, but here is my best guess from both the similarities between the ingredients and from personal experience.

When I sat down to drink this tea with my book before going to bed, the casual taste of this “soothing” blend was a nice addition to my night. I had figured I would get sick of the tea after a few sips, but I was sad when it was gone!

So maybe the idea of the nonchalant blend is to calm the mind and not to stimulate it with strong tastes.

Besides, most truly organic products have less “taste” than we think because of the lack of artificial sugar. Most people new to tea often add milk, sugar, and honey to cope with the “bland” taste.

But for me, adding those things can often distract from the true nature of the tea so I usually end up drinking teas straight. And most of the time the teas are rich in flavor enough to be great by themselves! This Yogi tea, on the other hand, was blander than most other bedtime teas or chamomile teas, so the idea of a less “intoxicating” tea (in the sense of smell and taste) takes a bit of getting used to.

But, as proven by the long list of benefits from the blend, this tea might be worth drinking before bed. I had a great, restful sleep last night – maybe because of the tea, maybe because I was just naturally tired and ready for bed. It is always hard to tell. But I’ll continue drinking it for now!

I was intrigued to look into Yogi to fully appreciate the tea because the brand must represent more than just “tea” if the name itself is “yogi.”

Their story began in 1969 when an inspiring teacher from India came to the West to teach yoga in Southern California. This teacher’s name was Yogi Bhajan, a wise and knowledgeable teacher who taught healthy living and often made spicy tea for his students. Some of these students learned to make his tea and began to cultivate the idea of starting a tea company with the affectionate spice blend from their yoga teacher.

The term, “yogi,” refers to a practitioner of yoga – which makes sense because their company is named after a yoga teacher (Yogi Bhajan). Fifteen years after their teacher began to make teas for them, the Yogi tea company was founded, based in Springfield, Oregon in 1984. Two years after their founding, three of their tea blends began distributing nationwide.

And now, 30 years later, Yogi is one of the most respected and well-known tea production company in the organic tea industry.

Their guiding principle is:

For me, this tea receives a 3.8 out of 5. I’m not too fond of it and as of today, the benefits aren’t worth the taste. Maybe it will change. Most of my initial scores for Yogi teas change after a few days of drinking it. So I’ll let you know by updating this article soon!

Don’t just listen to me though – here is the internet’s verdict!

Online ratings based on customer reviews:

The cheapest price I could find!

As far as bedtime teas go, this Yogi tea blend wouldn’t be my “go-to” tea. But everyone’s a little different in their tea preferences. I always prefer a nice aroma and most tasteful tea when going to bed. Almost like a tea dessert as my treat before the day’s end.

Would highly recommend the brand Yogi though, because most all their teas are of the highest quality and offer truly authentic tea blend. Some blends are original to the Yogi brand as well!

The “Bedtime” tea with spicy-sweet is worth trying. Though it’s not “amazing,” it isn’t bad and I will continue to drink it for the next few nights for the amazing benefits.

I hope you found this article helpful! If you’re curious about another Yogi tea blend, I’d recommend the Stress Relief – Honey Lavender blend!

Best of luck with your tea tasting adventures! Sign up for the newsletter to hear more from me about new tea reviews and the like.

Fine way of describing, and pleasant piece of writing to get information concerning my presentation subject

I appreciate your kind words! I do hope you found it helpful. Best of luck with your tea drinking!

“First off I want to say awesome blog! I had a quick question that I’d like to
ask if you don’t mind. I was interested to know how you center yourself and clear
your head before writing. I’ve had a hard time clearing my
thoughts in getting my thoughts out. I do take pleasure in writing but it just
seems like the first 10 to 15 minutes are generally
lost simply just trying to figure out how to begin. Any recommendations or tips?
Appreciate it!”

I think this is such a great question, so I apologize for not replying earlier! My main website is whoischasechandler.com

Writing can be such an outlet, but only if you aren’t judging the process as you’re doing it! I think it’s perfectly okay to have to write for 10 to 15min to find a rhythm to it. When I write, I generally just start, accepting the fact that my first few paragraphs will probably have to be edited. Sometimes taking the pressure off like that helps me write better to begin with! I know tend not to have to rewrite anything since I’ve improved on lessening the pressure. But it’s a continual process though. Best of luck to you! I hope you find this at least food for thought!

Heya i am for the first time here. I came across this board and I find It really useful

Excellent read, I just passed this onto a friend who was doing a little research on that. And he actually bought me lunch since I found it for him smile So let me rephrase that: Thanks for lunch!

I simply wanted to say thanks again. I’m not certain the things I would’ve carried out in the absence of these points provided by you regarding such field. It was before a real daunting difficulty in my view, nevertheless considering the very skilled style you treated the issue took me to jump with fulfillment. Extremely grateful for the advice and then expect you comprehend what a great job that you’re putting in training the rest all through your site. Most likely you’ve never met all of us.

Well, thank you so much for saying so! Your kind words are very appreciated. 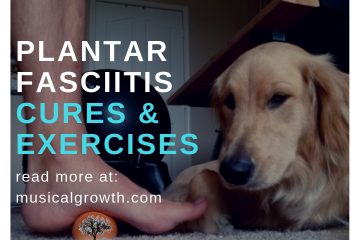 Welcome to one of the most common foot pains in the US with over 3 million cases per year (according to the Mayo Clinic). But don’t fret – there is hope. As a sufferer of Read more… 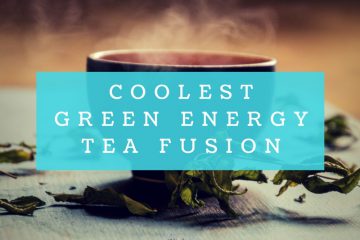 One of the best substitutes for coffee is the interesting tasting green tea, something that has been growing in popularity for the last 10-years in the West. Although many people would like to drink green Read more…