Yoga is becoming more and more of a fad in the West. As more people hear of it, more people start to ask how old the practice of “yoga” actually is – funny enough, many people know it is old, but the reason yoga’s origin story is so vague is because it is SO OLD. 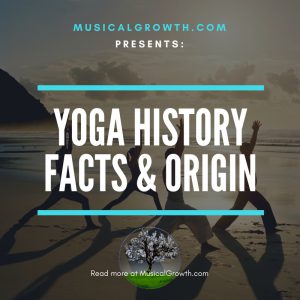 There are many clues to where yoga might have originated, but the age of yoga is difficult to pinpoint. During the time of its “birth,” most traditions like yoga were passed down by word of mouth (which unfortunately for us, makes it difficult to trace).

This article while hopefully cover an overview of yoga’s history – though, I never claim to be the BEST source of historical research, I will provide the highest quality facts and factoids that I can offer!

I know, I know. No one wants to read history textbooks or boring dates, names, locations. So to make it easier for the lot of you, I’ll provide the quick facts of yoga’s history FIRST. You’re welcome. 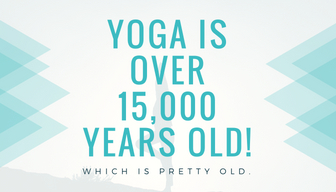 If you’re more a visual learning and hate reading, I would HIGHLY recommend watching this video by Sadhguru made about 3 years ago, where he explained the origin story very well!

Now, I hope this give you a little taste of yoga’s history. I’ll continue this article to describe a bit of those previous facts into more detail – so continue reading if I’ve sparked your interest!

Yoga is becoming more and more popular in the West by yoga schools and the like, but most Western schools are influenced by the Yoga Sutras of Patanjali (2nd century B.C.E.). Though this has become the most well-known origin story, there is far more information to cover.

The earliest signs of yoga are found in illustrations on the Mohenjo-Daro seals (which can date over 3,000 B.C.E.). These seals are from the Indus Valley Civilization which are known to have included forms of yoga practice (based on oral tradition and illustrative evidence). 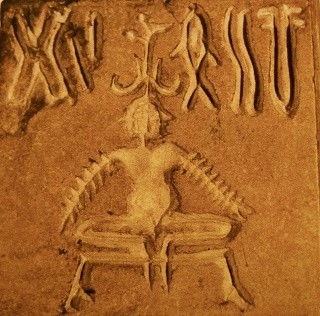 This ancient city was located in Pakistan along the Indus river and the Ghaggar-Hakra river in north-west India (what is now Pakistan). Mohenjo-Daro’s parent city was Harrapa in India.

Civilizations like the Indus date from around 3,300 B.C.E. to 1,300 B.C.E. It was originally believed that they suddenly ended due to an Aryan invasion, though archaeologists now believe it was more likely due to climate change.

Due to the nature of old tradition passed down by oral transmission among sacred writings, yoga’s history has some missing links. Sometimes the best way to understand is to step back and look at the breadth of ancient India.

There are two major Sanskrit epics of ancient India that include philosophies that either influenced yogi thought or was influenced by yoga practice.

The main story involves prince Rama’s struggle to rescue his wife Sita from Ravana, a demon king. Though his life was agony and suffering, the King continually adjusts his attitude and lives a virtuous life without compromising on his principles and values. Everything King Rama did was to benefit the people regardless of his difficult life.

This story hints at the positivity gained by helping others regardless of our situations in life – perspective is key and helping others is our main purpose.

The main story structure is about the struggle between two heirs to the throne of Hastinapura – Duryodhana (from the Kaurava family) against Yudhishthira (from the Pandava family). This fight ultimately ends with the great battle of Kurukshetra where Yudhishthira and the Pandavas family are victorious.

The complexity lies in the conflicts between friendship, kinship, family loyalty and whether duty takes precedence over what is right. Mahabharata (this story) ends in the death of Krishna and the end of his dynasty – this marks the beginning of the Hindu age of Kali Yuga. The importance lies in the debate of “just war” and this story’s attempt at establishing proportionality, just means, just cause, and fair treatment of captives/wounded.

Many see yoga’s origin story beginning with the Vedic shastras (or Vedic religious texts), which are the foundation of Indian Hinduism.

The Vedas, or Vedic texts, are old texts originating over 10,000 years ago that is said to have sparked the principles of yoga (or at least the philosophy of yoga). Although the Vedas are written, much of their content was originally passed down through oral communication for thousands of years before being written (at least that is the understanding).

There are four main Vedic texts to keep in mind: 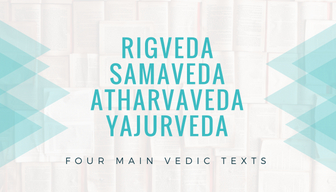 Although originally surviving through word of mouth thousands of years before this, the Vedic texts (or Vedas) were written around 500 B.C.E., while the Rigveda is believed to have been completed by 1,500 B.C.E.

A lot of these texts were concerned with sacrificial rituals such as sacrificial prayers, incantations, and elements related to magic (to name a few). Nowadays, these are viewed more symbolically or philosophically – although they were presumably intended more literally at the time.

The word “yoga” was discussed in the Rigveda. There is mention of “yoking” your mind and insight to the “Sun of Truth.” Yoga is also discussed in the Bhagavad Gita (another text some Hindu denominations consider Vedic), where Krishna describes four types of yoga.

Four types of yoga (as described by Krishna):

Another important text (previously mentioned above) is the Bhagavad Gita, which is believed to have been written between the 5th and 2nd century B.C.

In the Gita, the goal of yoga is the realization of Brahman or the Divine Essence. While the paths to achieve this for individuals may be different, the essence of coming to an unequivocal knowing of the Oneness of the Divine, and oneself within this fundamental reality, is the same.

“The Gita addresses the discord between the senses and the intuition of cosmic order. It speaks of the Yoga of Equanimity, a detached outlook. The term “yoga” covers a wide range of meanings. But in context of the Bhagavad Gita, describes as a unified outlook, serenity of mind, skill in action, and the ability to stay attuned to the glory of the Self (Atman), which is of the same essence as the basis of Being (Brahman).” – an excerpt from Wondering Man, by R. Goswami.

Because yoga is so old and much of its pre-written history was spread by word of mouth, the origin is difficult to trace and may never be fully understood.

Look on the bright side though. Yoga is one of the oldest traditions of human practice (besides maybe music making and starting fires). It is amazing to think that yoga has come such a long way since its beginning in the Himalayas according to Sadhguru.

Although yoga is not seen as a spiritual activity, one of the oldest reasons behind yoga is to find what it means to be human through our anatomy’s mechanics. The original yogi found 112 different ways to maneuver the human body into all sorts of poses, but according to Sadhguru, there has been no other pose found to obtain one’s ultimate nature (unless you aren’t rooted in this physical body – interesting, huh?)

Let’s take this historical reminder that no one owns and no one should ever own “yoga.” The Western philosophy that everything is a business for the most successful entrepreneurs does not apply to something that predates religious organization.

Yoga belongs to the people, to the Earth and its inhabitants. No one owns its ideals now should a single monopoly gain from an ability to copyright yoga – thank goodness, this hasn’t happened yet due to the vaguity of yoga itself. But some companies have tried to patent a yoga process (created online yoga videos using a certain angle, camera, perspective, color scheme, etc.). Ridiculous.

I believe a real yogi is one who is open to sharing everything they’ve learned and never look to profit financially off reserving it for themselves. The true “profit” can be found through sharing and helping others through yoga, its practice and its philosophy.

Thanks for reading this article! I hope you found it informative and thought-provoking. Continue researching on your own and always ask questions!

What is your reaction to the rich history of yoga? Please share your thoughts in the comments below! I’m eager to hear from you.

Want to hear more from me? Feel free to sign up for the newsletter!

Thanks again and best of luck with your yoga routines! 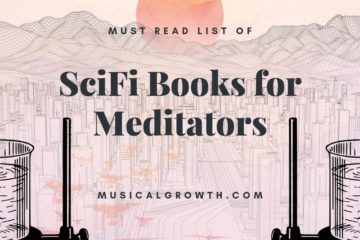 Must Read SciFi Books for Meditation and Stress Relief

In a world of endless types of fusion foods, every type of musical genre, and numerous buffets of cultural jambalaya, I’m sure you’re not surprised to find out there is a genre out there that Read more… 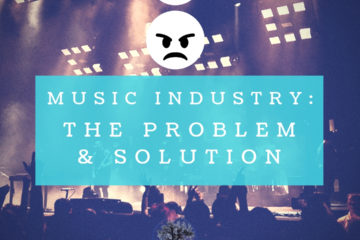 The Fundamental Problem with the Music Industry

The music industry is a fickle thing, but ever since the invention of the radio, we as a society have shifted our perspective a great deal. It’s all about IMAGE. The reason for this topic Read more…