Out of the 14 types of yoga styles, there is one, in particular, that seems to have amazing, almost “magical” powers of releasing innate energy and is often referred to as an “awakening.” 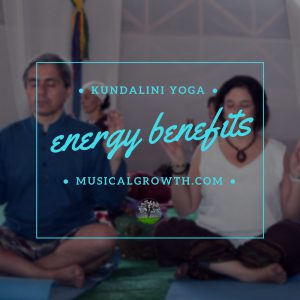 Through this article, I hope to introduce you to Kundalini energy benefits to convince you to try it yourself or at the very least, do some more research!

Kundalini roughly translates to “coiled one,” referring to the serpent energy found at the base of the spine.

This primal energy is released by accessing it through this form of yoga. It is said the very energy of consciousness itself is awakened after 40 to 120 days of consistent practice. With a combination of meditations, poses, and mindfulness, a yogi can be transformed and all self-imposed limitations are broken.

Kundalini is gaining popularity in New York City and Los Angeles for many reasons besides physical exercise. Many use this form of yoga practice as a “tool” to find your “Higher Self” or the actualized version of yourself.

Most Westerners associate the word, “yoga,” with exercise but to many ancient traditions it was far more than that – yoga is a sacred spirit-body connection (at least it can be). One of the best examples of this connection between mind and body is Kundalini, thus the reason behind its popularity. So this trendy new spiritual yoga style does have more cultural tradition rooted in its very core than one might think.

It is said that the first writings mentioning Kundalini were from a sacred Vedic collection of writings named Upanishads that date back to around 1,000 B.C.E. This form of yoga was treated as advanced “education” and was kept secret for thousands of years because “the public was not prepared to access such powerful knowledge.”

It was only until one holy Sikh rebel, named Yogi Bhajan, ran from Punjab, India, to Toronto, Canada in 1968 to begin teaching Kundalini to the Western world and the public – thank goodness for him.

Gyaneshwara, a famous saint, wrote about Kundalini in 1275 A.D.:

“God had made this human body a house with six Chakras and has established the light of spirit in it. Cross the ocean of Maya and meet the eternal God who does not come, who do not go, who neither takes birth nor dies. When your six Chakras meet in line, Surati (Kundalini) takes you beyond distortions.” 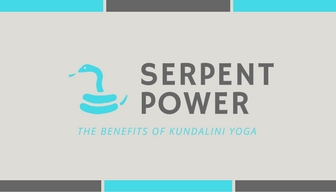 Shri Ramana Maharshi, for example, believes that Kundalini is the natural energy of this universal consciousness. This “energy” is present in every person. It is only through meditation, pranayama breathing, and mantra chanting that this natural energy can be uncovered. Once uncovered, it can cause a form of enlightenment and bliss.

The word “Kundalini” roughly translates to “coiled one” and is said to lie coiled at the base of the spine in a dormant state – much like a sleeping serpent waiting to be awakened. At the base of your spine is a triangular bone called the sacrum. The Greeks had even attributed supernatural powers to this bone. One morbid example is one of their observations: that the sacrum bone is the last bone to be destroyed when a body is burnt (very nasty example, but still interested – I hope!).

The sacrum bone (which translates to sacred bone) is also associated with nadis (energy channels), chakras (psychic centres), prana (subtle energy), and bindu (drops of essence). Altogether they make up what is known as the “subtle body.”

Although the aim of Kundalini Yoga is to awaken the coiled energy at the base of the spine, the practice itself provides many benefits that can be enjoyed while striving to achieve a full awakening. With the help of effective breathing technique and gentle movements, this form of yoga can greatly reduce stress and bring happiness into your life (as a few examples).

The benefits of Kundalini include:

Kundalini focuses greatly on yogic breathing (pranayama) and there are quite a few techniques that provide varying positive effects on the mind and body.

Many of these techniques encourage long, deep breaths, which help to relax the body and melt away stress. The movements that are practiced also help to stretch and loosen muscles. Simply relieving tension in the body can greatly reduce your stress levels and improve your mood.

Many Kundalini movements and techniques work the core or abdominal muscles. “Breath of fire,” in particular, works the navel center. A strong core is essential in yoga and helps to improve your posture in daily life.

The navel chakra is also associated with emotions, so strengthening your core muscles can go a long way in helping you better control your emotions and handle life’s many triggers of stress. 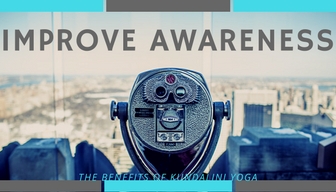 Part of the reason why so many people are drawn to this particular type of yoga is the fact that it allows them to bring themselves into the present moment easily. Left-nostril “breath of fire” breathing and other movements associated with Kundalini yoga, all require great concentration and awareness to execute with proper form.

Practitioners find that they can leave their past behind and forget their anticipation for the future while practicing Kundalini yoga in class sessions. Being in the present moment allow you to calm the mind, slow thinking, and appreciate what you already have in life.

A Sense of Peace and Joy

Much like other forms of yoga, Kundalini improves the practitioner’s overall emotional well-being. Meditation plays a major role in this practice, which keeps the mind grounded and provides peace of mind.

Taking time out of your day to relax and calm your mind will bring forth great joy and happiness, primarily due to the stronger balance you’ll have between the body and the mind.

Kundalini is far more sacred than most people might realize, which can be said about yoga altogether. The Western world treats it as a physical aerobic exercise (the reason behind the popularized Vinyasa style), but there is so much potential in balancing body, mind, and spirit.

The sad part is, the spiritual side of yoga is not hidden at all – it is mostly just overlooked.

But, if you’re curious in participating in this ancient form of awakening innate energy, Kundalini might offer some extraordinary benefits not found in traditional Western practices.

I hope this article helped introduce you to the joys of Kundalini yoga. I invite you to read more articles if you’re interested in learning more about yoga and related materials:

Have you ever tried Kundalini yoga before? If you have, what is your opinion of it? If you haven’t, do you think you’d ever try?

Let me know in the comments below! I’m excited to hear your thoughts.

Thanks for reading everyone. And good luck with all your yoga activities!

The Secrets of Yoga – Kundalini 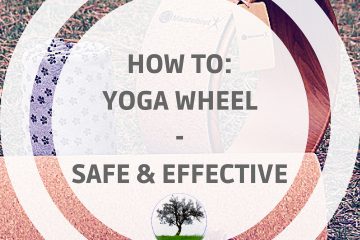 How to: Yoga Wheel – Safe & Effective

Trends come and go, sure. But in the world of yoga and meditation, some things stick and stay for good. Yoga wheels have only been around about 4 years, but its popularity is growing and Read more… 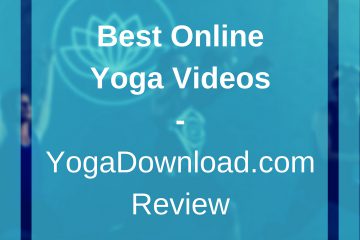 Exercising in front of other people can be embarrassing and some of us don’t have the body, confidence, or desire to show off our “talent” as we breathe heavy and sweat profusely. I’ve had many Read more… 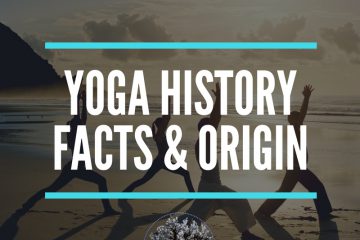 Yoga is becoming more and more of a fad in the West. As more people hear of it, more people start to ask how old the practice of “yoga” actually is – funny enough, many Read more…